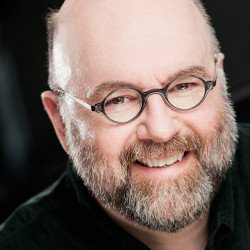 If I were to write a dust jacket blurb or a conference bio for myself, it would probably read something like this:

Tim Dixon works with the written and spoken word and the moving image. His wide-ranging experience - in education, performing, and production - gives him a big toolbox to construct solutions for clients.

His education degree and experience have taught him techniques that help people learn. From his background in the arts, he has the ability to see the world through other peoples' eyes, and to speak with their words. Through his work in video production and copywriting, he's delivered messages via many different media with clarity and impact.

In his spare time, Tim enjoys writing fiction, dabbles in photography, and is an avid collector of gadgets. He married his college sweetheart a few years ago and now lives with her on Canada's west coast. He is also a proud uncle to three nieces and a nephew.

All other photos credited on the page.